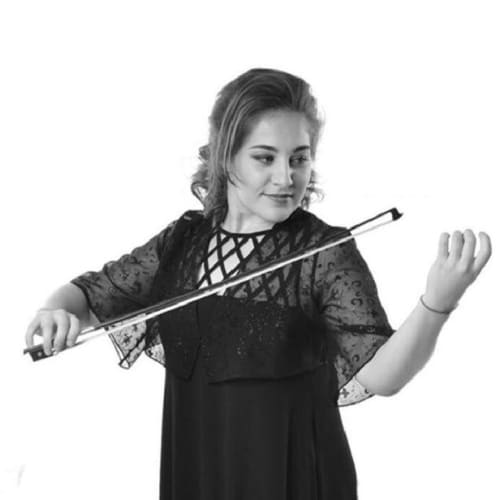 Olga Golomovzyuk was born in Moscow. She graduated from the Academic Music College at the Moscow State Tchaikovsky Conservatory, class of the violin under the People’s Artist of Georgia, Honored Artist of Russia, Prof.  Marine Yashvili. She then entered the Moscow State Tchaikovsky Conservatory and continued her education under the Honored Artist of Russia Aleksey Lundin. She has participated in masterclasses in Russia, Latvia, Bulgaria,  Austria. She has given performances in Russia, Latvia, Bulgaria, the USA, Mexico, and China.