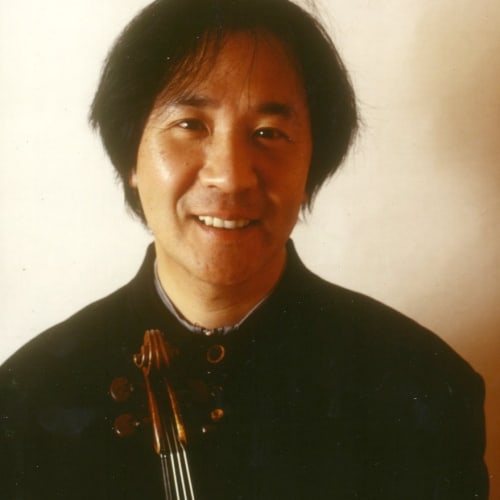 Takashi Shimizu began studying the violin with S. Tokunaga at the age of 6 and then continued his studies with S. Sumi. He won the first prize in the All Japan Student Music Competition at the age of 10 and made his debut playing with the NHK Symphony Orchestra. He also studied under Y. Yankelevich. Shimizu won three first prizes in Japanese competitions at the age of 17. In the following year, he went to the United States under a government program and studied under Jascha Heifetz at the University of Southern California. Shimizu followed Heifetz’s advice and studied under M. Auclair. Shimizu went to London then to study chamber music with Y. Neaman. In the meantime, he also studied with Yehudi Menuhin and Nathan Milstein.

He received invitations to give masterclasses in 22 countries.