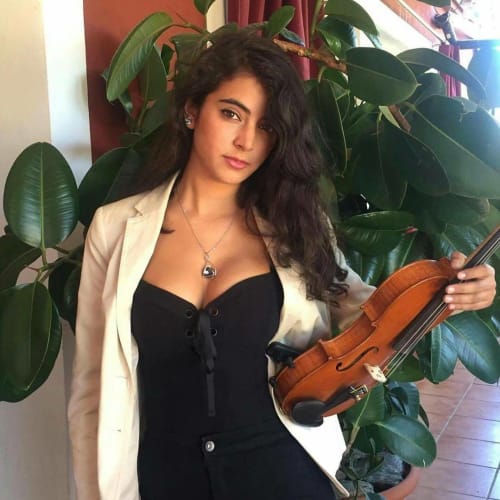 She was born in Gijón (Spain) in 1993. She started her violin education at the age of six in the «Música Viva Tchaikovsky» Academy in her hometown with Prof. Suren Khachatryan. At the age of thirteen, she furthered her training at the Bratislava Conservatory with Prof. Jozef Kopelman. Two years later, she went to the Conservatoire de Paris to study with Boris Garlitzky and Igor Volochine. She has taken part in courses with Professors such as Igor Suliga. In 2013, Anna received masterclasses from Eduard Grach and Bartosz Bryła. Since 2012, she has studied at the Reina Sofía School of Music, in the Telefónica Violin Chair with Marco Rizzi. She has received the first prize in the KarlAdler-Jugend-Musikwettbewerb International Competition (Stuttgart, 2017) and a second prize at the «Violines por la Paz» Competition. Anna has also acted in venues such as the Teatro de Rojas (Toledo), Sony Auditorium, Royal
Palace of El Pardo and National Auditorium (Madrid) and at the Encuentro de Música y Academia in Santander. She has been part of the School’s Freixenet Symphony, under the baton of Pablo González, Víctor Pablo Pérez and Josep
Pons and of Freixenet Chamber Orchestra, conducted by Antoni Ros Marbà and András Schiff. She has been member of the Enagás Schumann Quartet, Fundación Mahou San Miguel Ensemble and Casa de la Moneda Scarlatti Trio. She is currently member of the Glinka Trio.

Next year she will finish her Master with Professor Zakhar Bron in the ESMRS. 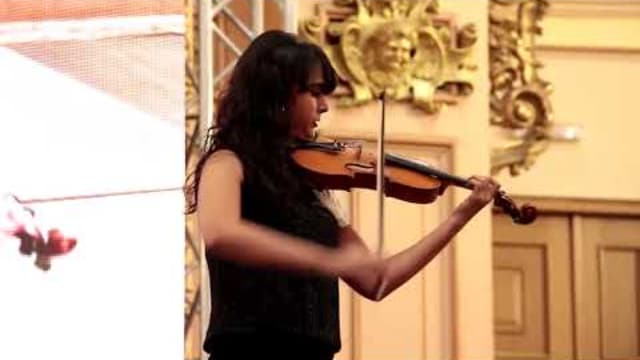