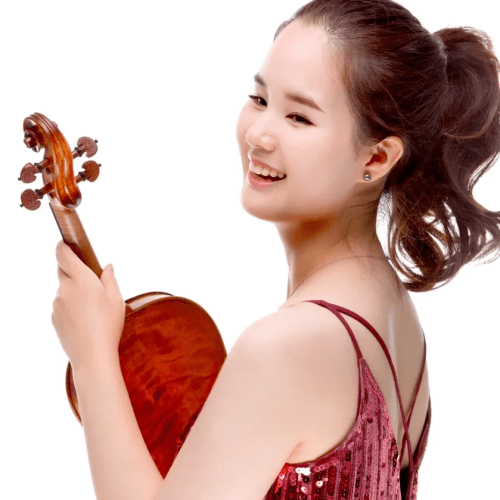 22 years old, South Korea, Seul
CAREER:
At the age of 11, Jaewon Wee made her solo recital debut with the lncheon Philharmonic Orchestra at the Kumho Arts Center. As a graduate of the Juilliard Master of Music Program under the direction of Ronald Copes, Jaewon continues her studies at the New England Conservatory (USA), studying under
Donald Weilerstein. She received her bachelor's degree from Korea National University of the Arts where she studied with Nam Yun Kim, Koichiro Harada and Takashi Shimizu, and after successfully graduating from university, she received the President's award and the highest award for performing.
As the winner of the Juilliard School Violin Concerto Competition, Jaewon made her New York debut in 2019 at the Alice Tully Hall of Lincoln Center, performing S. Prokofiev's Violin Concerto No. 2. In 2021, she was invited as a soloist to the Palermo Classica Festival and the iPalpiti International Music Festival.