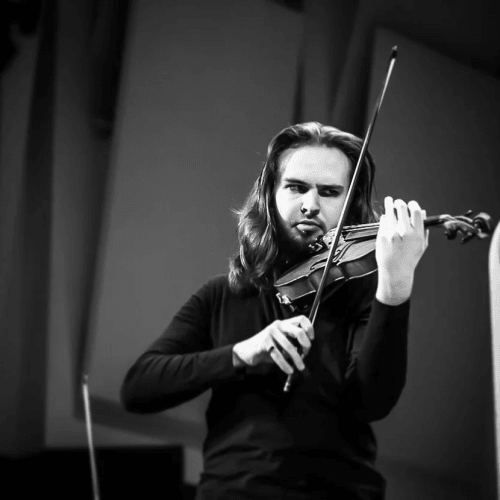 24 years old, Russia, Moskow
CAREER:
Ivan Naborshchikovwas born in Novosibirsk in 1997. He studied under Professor Marina Kuzina at the Musical College of the M. I. Glinka Novosibirsk State Conservatory. After graduating from the Musical College he began to study under Professor Irina Bochkova at the P. I. Tchaikovsky Moscow State Conservatory. He has been studying under Professor Aleksandr Vinnitsky for four years at the P.I. Tchaikovsky Moscow State Conservatory. Ivan is a prize-winner of various international violin competitions, gold medalist of the XI and XII Youth Delphic Games in Russia. He participated in concert and educational programs at the Summit Music Festival in New York, as well as took master classes of the world-renowned violinists and teachers such as Eduard Schmider, Natalya Prischepenko, Klara-Jumi Kan, Oleg Krysa. In 2019 he became an artist of the musicAeterna orchestra (the artistic director Teodor Currentzis). In October 2020, he played with the legendary Borodin Quartet at the Trans-Siberian Art Festival. In the spring of 2021, Ivan and the violinist Svetlana Gurzhiy played some works for two violins for releasing an album on the European label Oclassica.