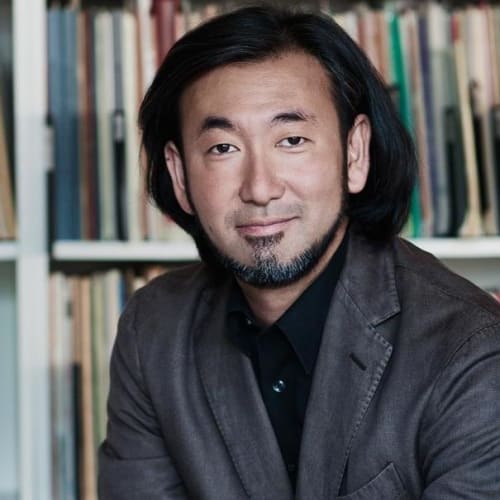 Joji Hattori is one of the leading Japanese musicians of his generation and has enjoyed a very varied career as a musician, firstly as a concert violinist, an activity which has developed into directing chamber orchestras, conducting symphony orchestras and finally operas. He lives in Vienna (Austria) where he works as Principal Guest Conductor of the Vienna Chamber Orchestra, which he has been conducting regularly since 2004, both at the Vienna Konzerthaus as well as on numerous tours within Europe, to Asia and South America. Since 2009 Joji Hattori is also the Chief Conductor and Music Director of the Open-Air Summer Festival in Schloss Kittsee. From 2007 to 2008 Joji Hattori served as Principal Resident Conductor of the Opera House in Erfurt and from 2014 to 2018 as Principal Guest Conductor and Co-Artistic Director of the Balearic Symphony Orchestra in Palma de Mallorca. As guest conductor he has worked repeatedly with many distinguished orchestras such as the Philharmonia Orchestra London, Slovakian Philharmonic, Wiener Symphoniker, the Düsseldorfer Symphoniker or many major symphony orchestras in Japan. in 2009 he made his debut at the Vienna State Opera with three performances of The Magic Flute, conducting in fact the Vienna Philharmonic Orchestra in the pit. He has also conducted at the New National Theatre Tokyo which is Japan’s leading opera house.

As violinist, Joji Hattori has performed with over 40 international orchestras as soloist after winning the Menuhin Competition in 1989. From 2002 to 2007 he served as Visiting Professor of Violin at the Royal Academy of Music in London, of which he was made an Honorary Member in 2003. He also appears every year at the Lauenen Chamber Concerts (Switzerland) of which he is the Artistic Director. Since 2008 he is the President of the International Menuhin Violin Competition Trust.

He was born in Japan and spent his childhood in Vienna where regularly attending the opera house and concert halls formed his musical development. Influenced by both cultures, Hattori is today one of the very few musicians of Asian heritage who is respected internationally for his interpretation of the Viennese Classics. He started playing the violin at the age of five and studied with Rainer Küchl at the Vienna Academy of Music, followed by further studies with Yehudi Menuhin and Vladimir Spivakov. After a decade of international activities as a violin soloist, he participated at the inaugural Lorin Maazel Conducting Competition in New York in 2002, where he was given a major award and the opportunity to study conducting techniques with the late Lorin Maazel for the following 2 years.

Apart from his performing activities, Joji Hattori studied social anthropology at Oxford University (St. Antony College) and continues to research the questions around the national identity of human beings. Since 2015 he is the owner of Shiki, a Japanese Fine Dining restaurant in Vienna.