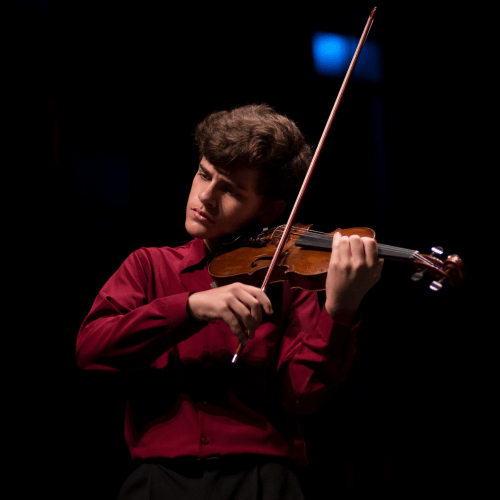 16 years old, Brazil, Sao-Paulo
CAREER:
Guido Sant'Anna was born in Sao Paulo, Brazil. He began to study violin at 5 years old, with the help of his mother and brothers, who were also learning violin. Shortly thereafter, he started taking lessons with the violin teacher Marcia Uhlemann, from the Fukuda Institute. Guido was a part of the Kodomo ensemble from 2010 to 2013. At seven years old Guido's talent was discovered among the participants of Kodomo by maestro Julio Medaglia. The conductor took him to his first soloist concerts accompanied by the chamber orchestra. In 2013, after many difficulties, he got financial aid from a group of friends and started taking lessons with teacher Elisa Fukuda. He got a scholarship from Fundagao Magda Tagliaferro, after that, he was sponsored by Cultura Artistica. Guido has performed as a soloist in Brazil and abroad. In April 2018 he was the first Brazilian to be selected to participate in the Menuhin Competition. He won the 6th place among more than 300 excellent competitors. Since 2018 Guido has joined The Perlman Music Program, participating in its summer courses. Today Guido still studies with teacher Elisa Fukuda, and he plays the 1833 Iorio Violin, kindly loaned by the Caris Foundation.