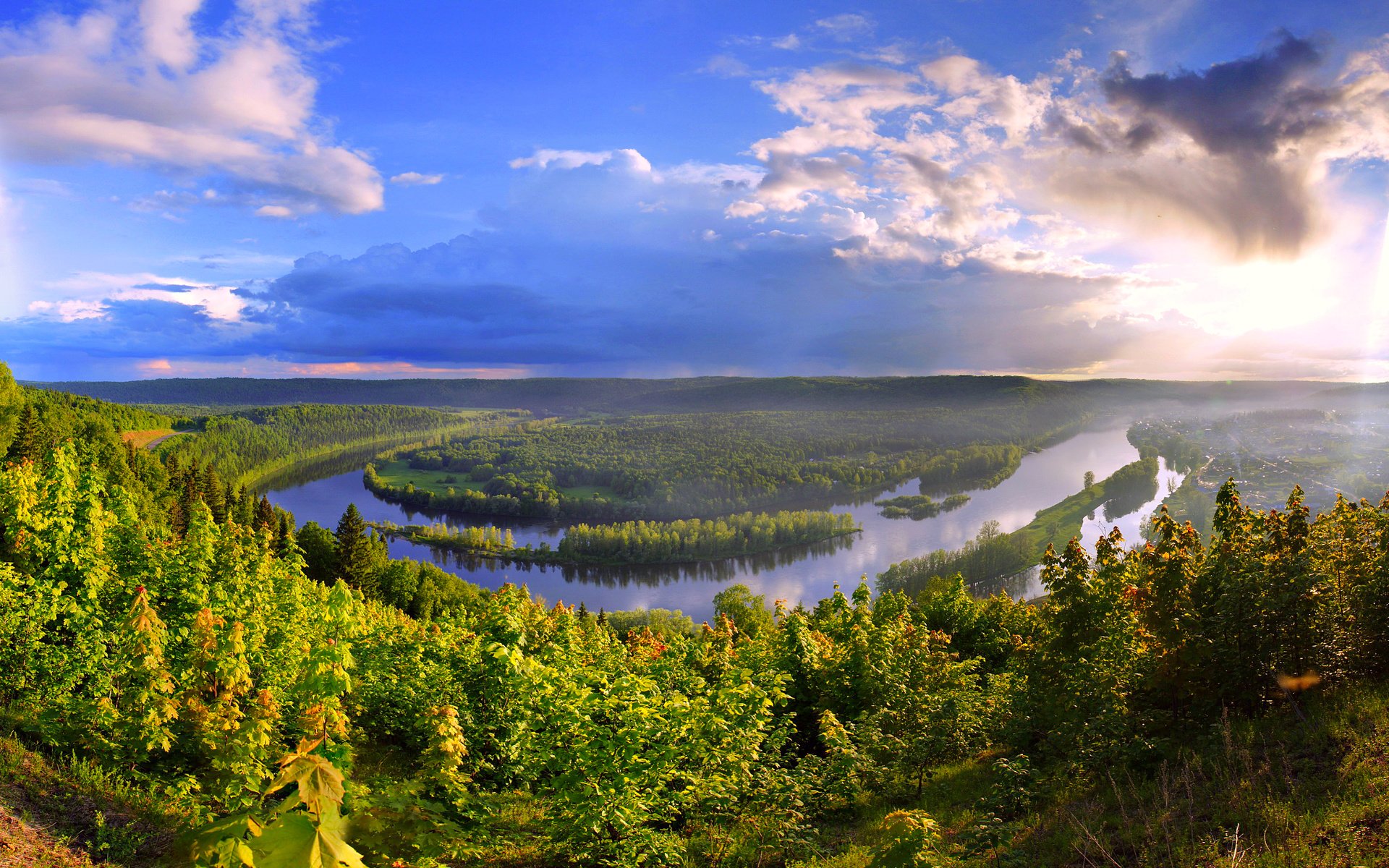 The Republic of Bashkortostan is the largest constituent entity ofthe Russian Federation. It occupies vast territories of the SouthernUrals, in the Cis-Urals and Trans-Urals. This is a land located at theborder of Europe and Asia, with a unique natural landscape, withhistorical monuments, multi-ethnic population and centuries-old traditions.

At the same time, Bashkortostan belongs to the main oil-producing regions of the country and is considered the center of the petrochemical industry and mechanical engineering. Today the Republic is one of the leading and most significant constituent entities of the Russian Federation, with a high scientific, industrialand economic potential. Bashkortostan plays an important role inthe economic and social development of the entire country.

The city of Ufa is the administrative center of the republic and itscapital. Here, historically formed cultural traditions with a rich heritage have an inexhaustible creative potential.

The canvases of the great Russian artist, a native of the capital of Bashkortostan Mikhail Nesterov, are known all over the world.Ufa was the first on the way to great glory in the artistic developmentof the famous opera singer Fyodor Chaliapin.

The ascent of the world ballet star Rudolf Nureyev began on thestage of the Bashkir Opera House.Our outstanding countryman - the writer Sergei Aksakov wascalled a soulful poet of the Russian nature by his contemporaries.The great Bashkir poet, writer, playwright, publicist, citizen andwarrior, participant of the Great Patriotic War, holder of many militaryand labor orders and medals, prominent public figure Mustai Karim is the heritage of universal culture of our great multinationalcountry.

His books have been translated into dozens of languages.The names of brothers Askar and lldar Abdrazakov - opera singers who are applauded by the public all over the world are included in the cultural chronicle of Bashkortostan.

The National Symphony Orchestra of the Republic of Bashkortostanh as become one of the leading symphony orchestras in Russia and is rightfully considered a brand of the musical art of Bashkortostan in our country and abroad that is confirmed by theconstant full houses, love of fans, and interest of the musical publicin the orchestra.

The museums and libraries of the republic have unique collections representing the spiritual and cultural heritage of the peoples ofBashkortostan.International festivals and competitions are held only in thoseregions that have something to show and something to tell. Thatis why Bashkortostan hosts such events as the Fyodor Chaliapin Opera Festival, the Rudolf Nureyev Ballet Festival, the International Aksakov Days, the Zagir lsmagilov International Competitionof Music Performers, the Nariman Sabitov Open Competition ofYoung Musicians, the Ural Mono International Competition-Festivalof Music Art of Turkic Youth, the Silver Akbuzat International Festival of National and Ethnic Cinema, the International Festival"Vladimir Spivakov Invites ... ", The International Art Festival "TheHeart of Eurasia", the VI CIOFF World Folklore Festival, includingthe Vladimir Spivakov International Violin Competition.Each competition is a discovery of new bright names, a fountain ofcreativity, a vivid evidence of the originality and uniqueness of themultinational culture and traditions of the peoples of the republic.The culture of Bashkortostan having conquered one peak strivesfor new heights.