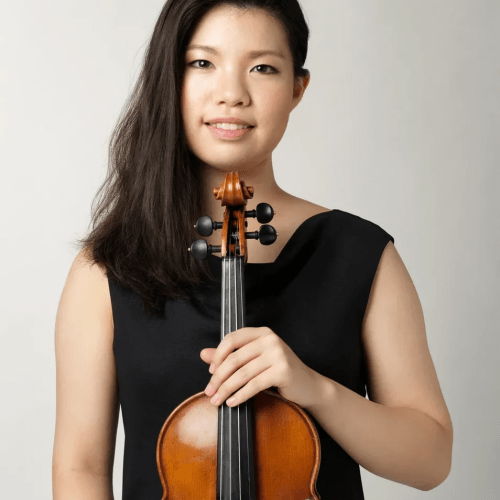 24 years old, Japan, Tokio
CAREER:
Chisa Kitagawa began her violin studies at the age of 3. Since the age of 15, she has been studying at the Tokyo National University of Arts in the class of Professor Takashi Shimizu. Currently she's attending Toho Gakuen Graduate School of Music as a special scholarship student. She has won eight international competitions from 2011 to 2016. She has appeared as a soloist with many orchestras such as the Siberian State Symphony Orchestra, the Krasnoyarsk Academic Symphony Orchestra, the Singapore Symphony Orchestra, the Tokyo Symphony Orchestra, the Franz Liszt Chamber Orchestra etc. She has also performed in Russia, the Netherland, France, Hungary, Italy, Poland, Austria, China, Singapore and often been featured by 1V, radio, newspapers and various media. She's an artist CHANEL PYGMARION DAYS 2019 in Japan. In the next season, she'll have recitals at Concertgebouw Amsterdam.